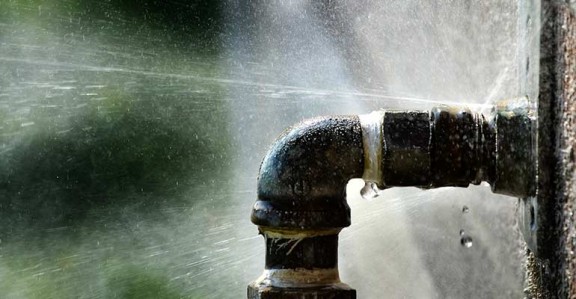 Burst pipes are one of the most common complaints in the winter months, both in domestic and commercial properties.

The effects of a burst pipe can be devastating and extensive. Ruptured pipes can damage your property, put you out of your home and, at its worst, shut down roads or even whole towns for days. Insurance costs alone can range between a few thousand to millions. While the cost of the repair may vary it is the cost of any damage caused, both financial and sentimental.

The most likely cause of burst pipes is freezing temperatures and pipework that is unprotected from the cold temperatures. The pipes burst because when the water within them freezes and therefore expands. The pressure caused by the expansion of water as it becomes ice puts pressure on the pipe from the inside. The soft copper or plastic pipes cannot withstand the pressure and so they break. Unfortunately, due to the majority of your pipe work being hidden beneath flooring, behind walls or in your roof, the damage may be unseen until it is too late.

So what can you do to prevent damage this Christmas season?

As hard as it is to hear sometimes burst pipes just happen even when you have the best plan for prevention so the sooner you can deal with them the better.